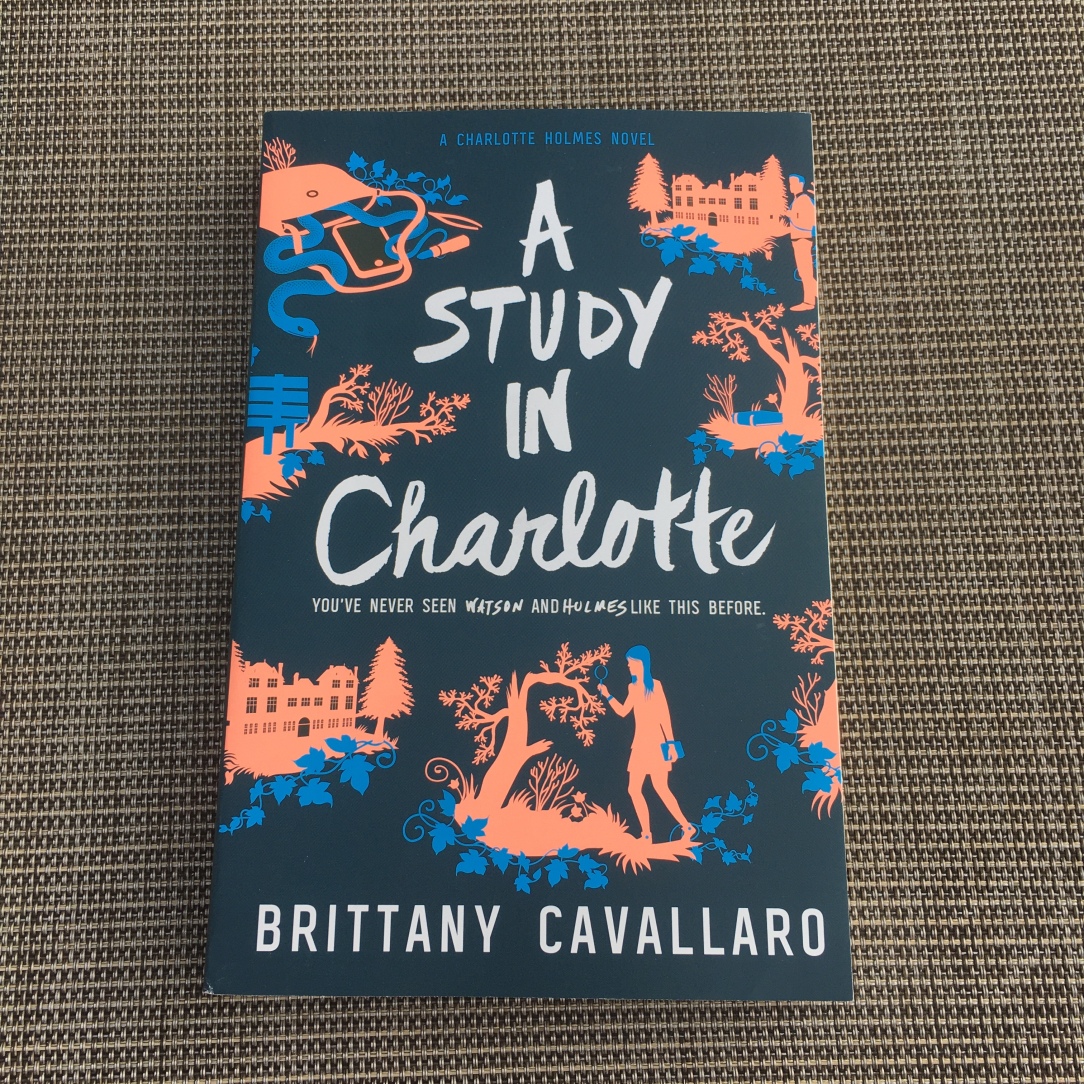 Book Review: A Study in Charlotte by Brittany Cavallaro

Favorite quote: “I’d prefer to think that we aren’t all so mercilessly bound to our pasts.”

First lines: “The first time I met her was at the tail end of one of those endless weekday nights you could only have at a school like Sherringford.”

When 16-year-old Jamie Watson, the great-great-great-grandson of literature’s favorite sidekick, starts at an upscale prep school in Connecticut, all he wants to do is meet the eccentric Charlotte Holmes. Sherlock’s descendent, Charlotte has inherited both his intelligence and aggressive personality.

Though the two have never formally met, Jamie immediately develops a John-Green-style dork-meets-manic-pixie-dream-girl fascination with Charlotte.

“She was altogether colorless and severe, and still she managed to be beautiful. Not the way that girls are generally beautiful, but more like the way a knife catches the light, makes you want to take it in your hands.”

But as eager as he is to become acquainted with her, nothing could prepare Jamie to be sucked into a murder investigation.

In the tradition of typical YA mysteries, our two main characters take it upon themselves to solve the case before the authorities do. But as things continue to escalate, it becomes clear that they are being framed. And unless Charlotte can live up to her legacy, both of their lives could be at stake.

Hmm, this is a difficult book to review.

The plot was engaging, albeit rather unrealistic.

Like the original Sherlock, Charlotte has an obtrusive drug problem. But you’re telling me, Brittany Cavallaro, that this girl is notorious for doing cocaine AND morphine AND oxycodone and all sorts of illegal drugs, yet she’s never been in trouble with the law? What? That just doesn’t make sense.

I found the whole mystery fairly confusing, though it was definitely interesting and invited me to read more. I had to re-read the last few pages, wherein the villain went on their villainous Haha-I-won-now-I-will-kill-you monologue, to get things straight.

The concept was extremely creative; I loved the idea of Watson and Holmes being real historical figures and their teenage descendants embodying the same personalities and solving similar crimes.

It was definitely a cool idea, although I wish I had read the particular Sherlock Holmes mystery the story paralleled, because that would probably have enhanced my enjoyment of the book.

I’ve seen some reviews criticizing Jamie and Charlotte’s character development, but I disagree: I think they were actually developed well. I found Charlotte very intriguing, and Jamie, well, Jamie was nice. He was pretty relatable, too.

But the ROMANCE. Ugh, that was definitely not necessary. Though it was okay, I definitely think their relationship could have stayed platonic and the plot would have been better. The whole romance thing diverted some attention away from the actual mystery, and, unfortunately, gave us some sappy lines from Jamie.

“But I had never wanted to be her boyfriend. I wanted something smaller than that, and far, far bigger.”

“I belonged here, I thought, with her, as surely as anyone belonged anywhere.“

That said, there was also some clever dialogue between Jamie and Charlotte, and the writing overall was pretty good.

There was something about the writing style that felt distinctly different from most YA books I have read; I think it had to do with the lengthy paragraphs and proclivity to tell instead of show. It wasn’t a bad writing style per se, but it almost made the book feel more serious. I can’t quite articulate what was different about it, but it was definitely unique.

This was not the best mystery I have read, but I would definitely recommend it if you’re in the mood for a thoughtful and clever thriller with lots of logical deductions.

5 comments on “Book Review: A Study in Charlotte by Brittany Cavallaro”