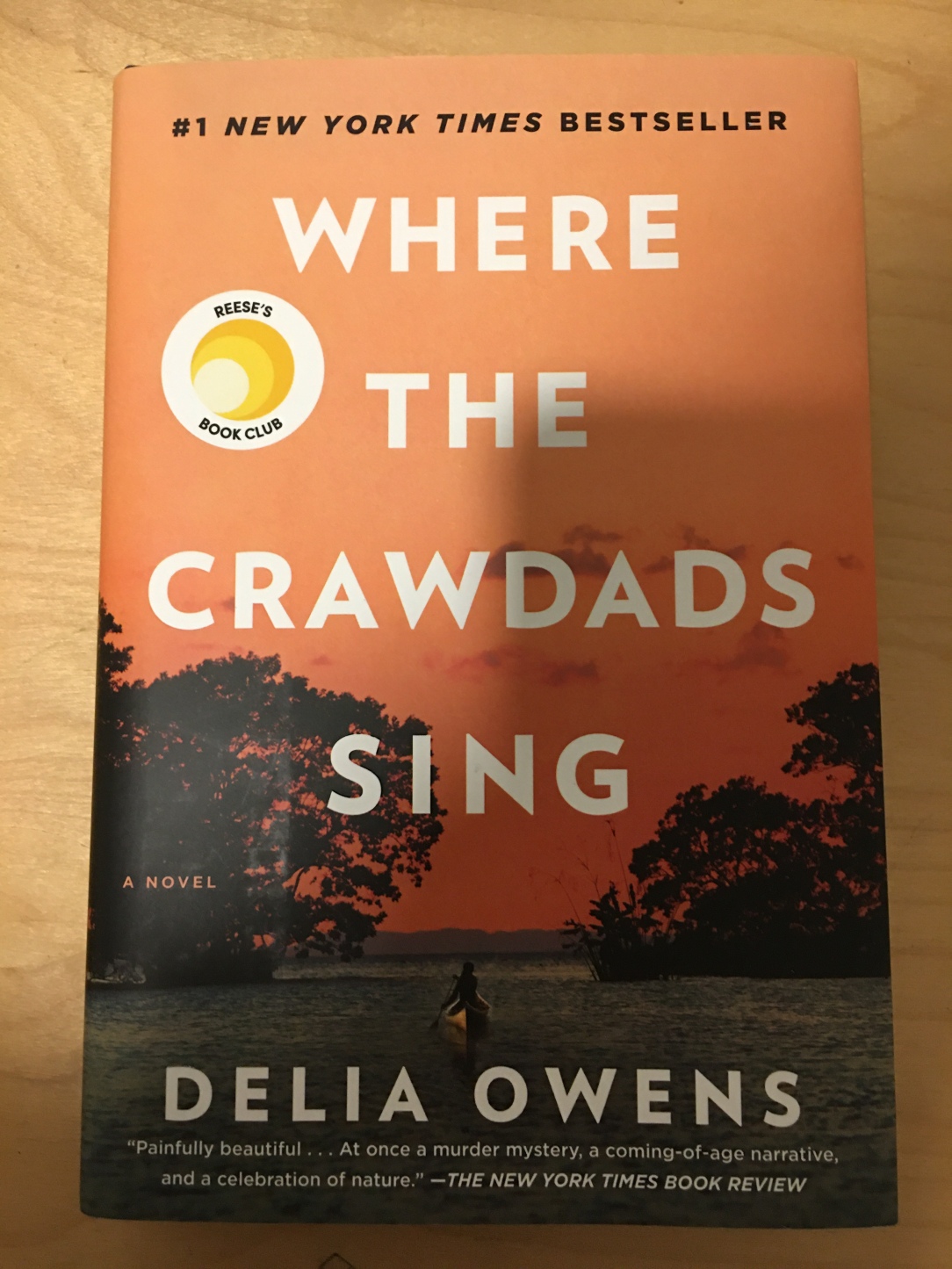 Book Review: Where the Crawdads Sing by Delia Owens

Half mystery and half historical fiction, Where the Crawdads Sing had a very intriguing premise. I’m not sure how I felt about the execution, though.

Half mystery and half historical fiction, Where the Crawdads Sing had a very intriguing premise. I’m not sure how I felt about the execution, though.

Favorite quote: “I wasn’t aware that words could hold so much. I didn’t know a sentence could be so full.”

First line: “Marsh is not swamp.”

Kya Clark- known as “The Marsh Girl” to townsfolk- has been living alone in the wilderness of North Carolina for years, after her abusive father and dysfunctional family abandoned her as a child. Scorned by society, Kya is attached to her reclusive lifestyle and spends her time immersed in the marsh’s natural beauty.

“She knew the years of isolation had altered her behavior until she was different from others, but it wasn’t her fault she’d been alone. Most of what she knew, she’d learned from the wild. Nature had nurtured, tutored, and protected her when no one else would.”

As she grows up, she has her fair share of romantic encounters with men like Tate Walker, her childhood friend; and Chase Andrews, the rather cliche “town golden boy” with a manipulative personality.

But nothing can cure Kya’s deep loneliness, and when Chase Andrews dies in a suspicious accident, all the blame falls on the outcast.

Wow guys, I actually read something that ISN’T YA. (Also, the first Goodreads shelf that came up for this book was ‘What Women Born in the 1970s Read in 2019’, which made me feel like such a mom. But I mean, my mom did lend me this book, so…)

This book has extremely high ratings on Goodreads (4.48!) and is really popular, but I don’t understand the immense hype. It was okay, but not stellar, at least in my opinion.

The writing was gorgeous, which I think is what a lot of people love about this book.

Owens has a vividly descriptive writing style, and the writing was probably the best part. I loved the way all of the scenery was described, and there were some great quotes.

The quote I chose to feature at the beginning perfectly voices this sentiment:

“I wasn’t aware that words could hold so much. I didn’t know a sentence could be so full.”

However, I couldn’t get over how unrealistic the entire plot was.

How could a little kid survive on her own for years and stay conveniently unnoticed by social services? And how did Kya learn to read in, like, one day, and have perfectly competent social skills after being alone for years? Heck, she had better social skills than me, and I haven’t been living alone in a swamp for most of my life.

There was just so much that I couldn’t possibly suspend my disbelief enough to buy into.

Also, the mystery aspect didn’t come into play until the very end, which was disappointing. The beginning and middle of the story was slow and branched off into an unnecessary and cringey romance. I spent this entire part just futilely waiting for the murder they kept talking about to actually happen.

I also could not stand the weird folksy dialect/accent given to most of the characters; one of my pet peeves is when authors use weird spelling and apostrophes to convey an accent. Like Hagrid talk. I don’t know, it just bothers me.

I know I’m being super negative in this review, but there were lots of things I did enjoy about this book. As I said before, Delia Owens has a wonderful writing style, and there are plenty of really well-written quotes.

Overall, I would recommend this to anyone who enjoys comparatively slow-paced and descriptive books with an outdoorsy and mysterious vibe.

4 comments on “Book Review: Where the Crawdads Sing by Delia Owens”