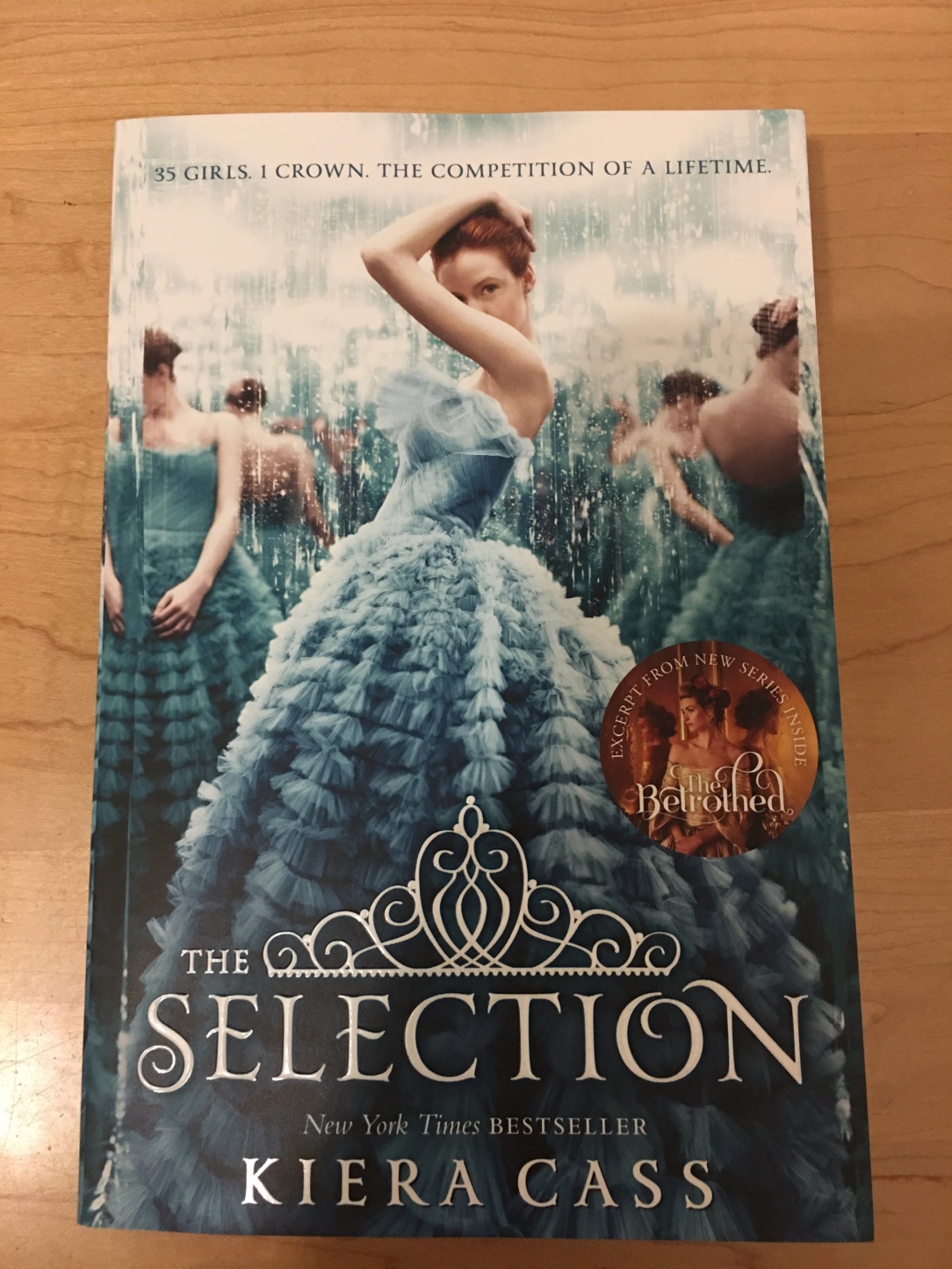 Picture The Hunger Games, but instead of killing each other, they’re fighting over who gets to marry a prince.

Favorite quote: “It’s always the fear of looking stupid that stops you from being awesome.”

Picture The Hunger Games, but instead of killing each other, they’re fighting over who gets to marry a prince. Again, a specified number of teenagers is chosen via lottery to participate in a competition that is broadcasted reality-show style for the dystopia-fied version of the United States. But instead of districts, there’s this weird caste system. Instead of the reaping, there’s the Selection. Instead of Katniss, there’s America, instead of Gale, there’s Aspen, and instead of Peeta, there’s Maxon. Instead of action, there’s romance. And there you have it: The Selection. (you can read my review for THG here, by the way)

In this version of the futuristic U.S., society is divided up into eight different castes. They each are named after a number: the Ones are the royalty (because we’ve reverted back to a monarchy, apparently?) and the Eights are homeless. Our main character, America, is a Five. Her family isn’t dirt-poor, but they are struggling to make ends meet. So when America’s mother encourages her to enter the Selection, a contest for the hand of the eligible prince, she doesn’t have much of a choice. She’s positive she won’t get chosen, because of course what are the odds of being picked out of thousands of girls? But lo and behold, since she’s the main character, America is one of the Selected. Now she must join 35 other girls to live in the palace and compete for Prince Maxon’s affection. The chance to be queen sounds like an opportunity no one would pass up, but there’s one problem: America already has a boyfriend. Aspen is a caste below her, though, so they’ve kept their relationship a secret for years. When America begins to develop feelings for Maxon too, she doesn’t know who to choose.

Yes, this entire book is basically a love triangle. I don’t have a problem with love triangles, but I felt like there were barely any subplots. It was pretty one-track: will she choose Aspen or Maxon? And I was not a fan of the world building. The entire societal system didn’t make that much sense… the whole story would have been better if it were fantasy instead of “dystopian”. That brings me to my next point: this book is supposed to be dystopian, but I’m not exactly sure what it was criticizing. Classism and misogyny, I guess, but this was really not explored.

However, I wouldn’t say The Selection is a bad book. It may not be the pinnacle of English literature, but not every book is SUPPOSED to be. Some are just supposed to be entertaining, and this was entertaining enough for me to pick up the sequel. We could all use a little escape right now, and there were many things I did enjoy in the story. A lot of people say the writing in this book is trash, but it really isn’t! My favorite part was Maxon. He was amazing; way better than Aspen in my opinion. If you’re looking for a super fluffy, light, and girly read, this is a good choice.

1 comments on “Book Review: The Selection by Kiera Cass”